At the end of my DCC RPG sessions, I've been giving out the opportunity to earn luck. Basically, if you get a chance to earn luck, you just have to roll a d20 and beat your permanent score.

The rationale is that the gods watch the players and slip them luck when they put on a good show.

So here are some things that engender a chance each:
However, you might lose luck (as suggested by the core rules) if you  can't roll at or under your Luck score! To make matters worse, these are rolled with a d24. If your Luck score is 13, you fail automatically. Things that engender bad luck rolls:
Edit: Finally, I am considering doing the Fate points thing, after a fashion. If you have a vice and the DM knows about it, they can offer you an additional chance to gain luck if you indulge in that vice. These kind of indulgences will have to be at dramatic junctures though...

Well, basically. I am writing this to see how it sits with me. This is a change to the attack system. Previously it was written as roll 3d6s and hope to roll high. You can gander at the current draft of the rules by clicking the link on þe olde sidebar.

I think now I want to do it like this:
To attack, you choose an appropriate trait (usually, this will be your Prowess). And roll three dice, plus one for each hit die you still have, and for any combat combat dice (see below) or other bonuses. Each die that rolls at or under that trait's pips is a success. Your target rolls for a trait they want to defend with in the same manner. If the attacker's successes beats the defender's, they can roll a d6 for damage against that target. If the defender wins, they can do a counter attack (if the referee determines its possible) with one extra die and no chance for reprisal if they lose their attack. 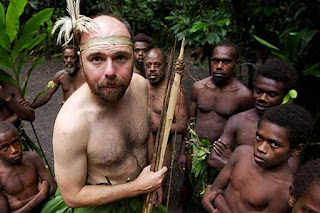 Karl, level 1 healthy fighting man of Hen Ogledd, tries to bring his sword down on a dragon's head. He rolls 3d6, and 3d6 for his combat dice (coming below, patience!), and an ad hoc 1d6 for hitting a much huger target, and a 1d6 for his remaining hit dice. His pips are 3 and his results are 1, 2, 3, 4, 4, 4, 6,  and 1, which means he gets 4 successes. The dragon rolls 3d6 for its 4 pip Coordination to dodge the attacks, but its heavy armor rating reduces this by 2 dice. However, it has 8d6 to roll due to remaining hit dice. In total it rolls 9d6, getting a success for each one that rolls at or under those Coordination pips for a spread of 4, 4, 2, 6, 2, 5, 2, 3, 4 which is 8 successes. It turns out it is really stupid to fight a dragon with many times your hit dice.

But say Karl had 8 hit dice, and a die pool of 15d6. This time he may roll 11 successes. The dragon only rolls 7 successes. It takes 1d6 damage! Once armor gets worn away, this kind of thing will probably lose it a hit die or two and the dragon will be just that much weaker when it comes time for it to defend or attack again.

Other factors that affect the pool:
Combat dice. Each class has a certain amount of combat dice dependent on level that may be used for things like attacking or blocking. Where they can apply them is dependent on class. [idea source]

Ad hoc: The DM gives bonus dice depending on circumstances. This will hopeful encourage player creativity.

Teamwork: If you help a friend, you roll dice equal to your remaining hit dice, compare it to a trait, and count your successes towards your ally's pool.

Fumbles: 3 ones is an auto loss of all successes, unless you also roll 3 sixes. Multiple groupings of 3 ones need equal triple sixes to neutralize them.

Crits: 3 sixes is a critical success, but the crit is neutralized if you also roll 3 ones unless you roll more triple sixes than triple ones. Improbable, but that's how it works. A crit can also be neutralized by a defender criting on their defense roll. A crit means you hit, and you roll an extra damage die for each point of the attack trait you have.

Soft Crit: rolling a triple of a 2, 3, 4, or 5 nets you an extra damage die for each point of your attack trait, as above, but you still need to actually hit. Soft crits don't count for anything if you are rolling a defense roll.

Let's go back to the 1HD Karl example:
Karl would get a soft-crit for his performance above if it had actually hit (for the three 4s in the 1, 2, 3, 4, 4, 4, 6,  and 1 spread). But say he got 3 sixes instead of 3 fours. Now he automatically hits the dragon and does 4d6 damage to the beast! Dragons are well armored, but still, that's gotta sting.

Now then, I'd like to consider how mutant dice could work as a module...