Five RPG Tomes that Drove Me to Existential Despair 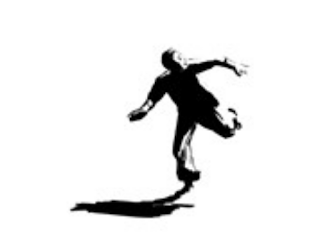 There's an RPG challenge going around like a squamous thing from times primordial. As you know, I cannot resist the siren's call of such forbidden joiningness. The Internet has an inexhorable pull. The challenge is to list five RPGs that changed you. Listed in this web journal to-day is an account of my harrowing experiences with a quintet of ineffable RPGs that should not be.

1: Bronies vs Humanity
At first, I found the central mechanic, that of using cards to contsruct a pony avatar, quite charming, but a sinister development soon reveals itself when you sit down to make a diminuative, equine construction. Little could I and my assistant guess that the being we created would soon develop beyond our control. She wanted more parts, and heaven help us, for we gave them to her. A hoof here, an ear there, and all too soon she had developed beyond our control. With her new-found appendages came an inhuman averace. In the end, I ran screaming from that game table.

2: Mazes and Monsters
Woe be to those that open the appendia and gaze upon the optional rules. That which conceals itself as a fun LARPing experience seems to be in actuality an esoteric ritual performed by the unwhitting players. If that tunnel complex had been larger, perhaps a touch more cyclopean in its contruction, we might have lost even more than we did. Poor Tom will be missed.

3: O.S.R.
Whilst I was perusing the dusty volumes at the back of the Miskatonic University library, I happened upon this one, and, intrigued by the logo--which seemed to have some sort of mercurial hologram that changed when I looked at it from different angles-- picked it up. The library was closing so I didn't really get a chance to examine it closely until midnight. As I pondered over those pages in the dim candle-light my roommate "Ogre" would deign to let me use while he snored in a rather ranine manner, I made connections that bring me to the brink of revulsion to this day. The central mechanic seemed to be using the letters O, S, and R as the beginning letters of your actions to accieve tasks, but this deceptively innoculous exercise has horrific ramifications. Once you use one of those words in the game, it seems to gain power. Impossible, I know, but soon I started to notice changes to my environment. Never again can I be at ease around things like Oranges, Sunglasses, or Raisins, to name but a few things. Luckily, these objects seem only inimicable to my local gaming group, for now. Oh, my, I think I hear an Oboe scuttling by just now. I must hide.

4: Rat Guts
Now, I want to assure you, gentle reader, that I have never engaged in this game as a player, but when I heard of this back-woods RPG played by inbred hillfolk of rural New England, I traveled against my better judgement to the place where it was rumored to have issued from. In the town of Ozcruk, a young attendant at the gas station surmised my intentions and tried to warn me away. He explained that like me he was an outsider and merely worked in town for summer cash, but that he had seen things. Strange, hunched over figures, that can be glimpsed in the tree-line at dusk. "Sir," he implored me, "don't go looking into that game. There are things slightly less horrible. Have you tried FATE?" But in my hubris, I ignored the youth, parked my automobile in a secluded spot, and treked through the woods until I chanced upon the foul activity the locals call Rat Guts. At first, it seemed like any quaint hill-nerd occasion, with an abundance of Mountain Dew and Monty Python quotes, but soon the game started in earnest, as I spied on through a hole in the walls. The players dipped into what should have been a bag of Cheetos and produced a live rodent. I shall not go into gory detail about the gameplay that followed, but a strange part of me, a shameful part, thought the divination the game referee performed as he examined the splatter patterns was fascinating. I could see the reasoning, mad as it was, behind the +2 bonus for spleen distance. Suffice to say, I was lucky to have been able to sneak away with both my sanity and body intact.

5: Flowers for Zothique
A scientist-friend introduced this one--part parlor game and part dissertation-- at a dinner party, and I am rather luckily that I decided to just watch, rather than participate. I guess my scepticism of homebrews saved me this time. It was a most intriguing system, wherein the players took a certain pill--that our friend assured us he had developed himself and was completely safe and its effects temporary--in order to expand their consciousness and enhance their immersion as they advanced in the plot. To his horror and mine, the participants could not stop roleplaying. To this day, they are locked away and bound in straight jackets, muttering about getting that pie away from that orc. I'd rate the adventure he ran at a 4 out of 5.

Embedded in this post is a link to my four-page RPG, Something Something 2d6. You can read it on google docs if you can't see it here.

While play-testing it via ye olde Tomb of Horrors, we came up against one of those traditional RPG debates: what are HP? To a degree, the problem with pinning them down is probably due to their name. Hit Points makes it sound like you get hit. And you do, when someone rolls a to-hit roll against you. The thing is, in SS2D6, we have clerics of a different color, and they don't heal HP. They mend flesh and bones. So there was a disconnect when someone was like, "I'm not hurt, I just want to be healed."

One of the players said, "Think of them as Plot Armor points". And thus, I switched to PA instead of HP. We'll see how it goes. I would love to call HP Luck Points, but Luck is a stat (ability score) in our game.

Anyways, we are having some good fun, so checking out SSD6 might give you some useful ideas. I like the free-form magic system and all kinds of other things about it, including the crits, the non-spell-casting clerics, and the bonus dice each class gets. Also, check out the comment about how we are trying out leveling everyone else when one of their companions dies.