In Dragon #62, "Zadron'’s Pouch of Wonders" made its debut. It was a clever idea for an item that was essentially many items, but never for too long. I decided to kinda redo it a bit, with Zocchi dice and the DCC dice chain.

Want to give feedback? Share this on g+ and give me a tag (+ Claytonian JP) (if you want to keep it private, share with only me). If you spot a typo or don't have g+, you can just email me. Claytonian at the gmails.

Email ThisBlogThis!Share to TwitterShare to FacebookShare to Pinterest
Labels: DCCRPG, use this, weapons 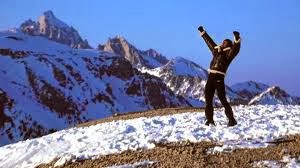 This is a little update to the Kill It With Fire RPG rules. The concept is that while there are skill-sets that act like psuedo-classes, any PC can attempt to learn any ability, but those with the skill-sets and the associated traits can learn them easier. So there are no levels in KIWF, but there are HD and tricks that can be increased over time, if the dice come up in your favor. Good bye, experience points! Hello, experience dice!

When you finish a major quest and are out of harm’s way, be that clearing out a dungeon or what have you, the referee should allow your group 1d6’s worth of in-game weeks to improve your abilities as a reward for merely surviving, provided you made it back to a safe area to live and train.

It is not guaranteed that you learn anything of worth, however, and so sometimes nothing happens, but you can store up Experience Dice (xpdice) to shore up your chances. Experience dice are d6s that are awarded by the referee after each session for the following kinds of situations:

Example: Phinious the Sage is a PC of the arcane persuasion. During today’s session, his party stopped the machinations of Huruk the Mad Duke (minor quest), discovered a new dungeon complex (minor quest), and provided the ingredients to power a ritual that saved the free city of Cravenholm (major quest). After the excitement, during a lull between adventures, Phinious sacrificed 3000 gold creating some automatons to act as sentries to the temple of Tsathogunata, demon-god of wizards. He has 5HD, so that gives him 6xp dice for the sacrifice, plus 1 for the minor quest and at least 1 more for the major quest. His player may now roll some or all of them to gain new abilities now, or they can be saved for another session.

Experience Dice can only be rolled during the aforementioned PCs’ world's downtime, and any dice that don’t roll the needed result are lost.

Ways to spend those xpdice, and how many it will cost:
----
Want to give feedback? Share this on g+ and give me a tag (+claytonian JP) (if you want to keep it private, share with only me).
If you spot a typo or don't have g+, you can just email me. Claytonian at the gmails.