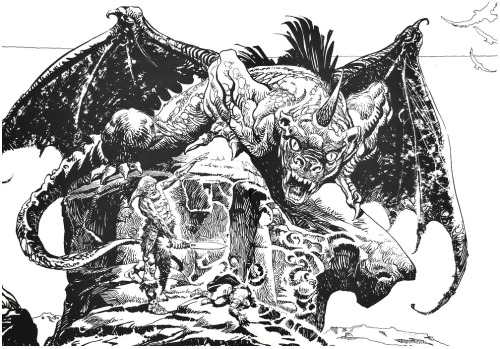 I'm mostly spitballing on how to make a DCC version of D&D go well...

A 1 on a d20 always fumbles, and a 20 always succeeds, but you never roll a die without the Judge telling you to. I mean it. Shtap.

Hit it: Your hit die is added to a d20 to hit ACs. Naught else is added.

Damage: Roll your class hit die as a damage die, regardless of weapon choice. You already rolled the hit die during the hit it step, so save us all some time and don't reroll it.

Deadliness=Initiative: At the top of many rounds, the players are asked to write down their actions for the round (combat is chaos). Monsters react. If someone rolls an attack result that is higher than their foe's roll, they hit first. Magic is not an attack, so it happens last.

Once a monster is engaged, it sticks with you till it's routed or dead. Players always roll attack rolls or other checks together ("one, two, roll!"), and the Judge rolls at the same time. PC hits are checked for first (you may spend Luck to hit or damage more at this time). If they kill their foes first, the foe's counter-attacks become null.

If you use magic, your foe's roll to hit you is applied first. You knew the costs! Damn your rotting soul, wizard scum! At least your spell will still go off if you live, and it will be the last thing you do if you don't.

Monsters always have 1 HP unless they are solos/bosses. Solos always attack all melee foes within range each round. Monsters always do static damage (no rolls) based on progression into the heart of the dungeon or situation.

Warriors don't roll a "deed die", but if they roll 3 or higher  on their hit die and hit with their attack, they kill one extra foe per level they have. Solos will instead take crits (warriors describe their own crits or mighty deeds as there is no table). Remember, HD roll is both your damage roll and added to your to-hit roll, so there is no extra damage for a crit.

All non-warrior classes can crit if they roll a nat 20, but to keep things speedy, just kill an extra 1-HP enemy or describe a crit against solos. Warriors get to crit on nat 20s, nat 24s, or as per the above paragraph.

Monsters that crit do something the Judge thinks up that seems appropriate. Solo crits should be brutal: insta-kills, eviceration, limb-loss, &ct, as long as danger has been telegraphed.

Do it: For skill (non-hit/spell) type rolls, all classes roll a d24 if they have a relevant 15+ ability score or background related to the task at hand, or a d30 if they have both. To top it all off, if you survive level 5, go ahead and boost all such rolls to a d30 if they weren't already. Don't add anything to it unless it also has something to do with your class; in such a case as that, add your hit die too.

The DCs to save or do things are 5, 10, 15, 20, 25, and 30. I'm not looking up thief skill DCs again! Always roll high, even for luck. Monsters always fail saves, unless they are solos, but they can otherwise always succeed at monstery things like walking on ceilings.

I haven't mentioned ability mods because I'm sick of them. Maybe if a spell or class feature cares about one, you can consult it. Wut? You want your precious mods? How about you add the mods for Str, Dex, and Luck with 10. That's your AC. You disgust me.

Ability scores are there to stand in for AC when a monster or trap sends a weird attack your way, like a psychic one. They are also there for me to drain (temp damage) when I'm tired of draining your HP. Speaking of which, every PC stops gaining HD after level 3, instead re-rolling all previous hit dice and taking the new score if it is higher. Thank you, Dave Arduin Hargrave.

Another benefit of leveling is that you get to choose one ability score and raise it by 1.

If you hit zero HP, the next hit on you will require a DC [20 minus your level]  Stamina/Con check to survive. It'll still knock your ass down, but any player may "you sonofabitch" hand-clasp you up, transferring any amount of HP to you in the process. Or the others might just leave your sorry ass after the fighting has died down.

Now, the spells. Those tables are pricks against which players always kick. You can gamble on them if you really want, but otherwise:
When you want to cast a spell you know, you think about its flavor and tell the judge what you are trying to achieve. The Judge gives you a DC to roll against and you either do the spell or you don't. You don't forget spells, but each casting attempt costs you a point of Int, Pers, or Stam (heal ability scores each dawn if you slept). You can bump up your bonus die size one size for each ability point you burn beyond the one that is necessary (spellburn, baby!).

When you learn a wizard-spell (by stealing it from a dead wizard as the gods intended), you don't roll mercurial magic. You have to roll on this table. You should rename the spell something vancian and find a way to interject the weirdness of the table roll. For instance, magic missile that happens to have changed your gender when you learned it may be called, "Berk's darts of mis-gendered magic." Describe the weird way it manifests too!

Fumbled a spell? Roll a Luck die: 1 to 5) misfire and corruption; 6 to 15) misfire; 16+) corruption; nat 20) burn Luck to avoid corruption. Misfires and spell-corruption will be improvised as appropriate to the spell's flavor.

Idolators don't learn spells, they just pray to a god they've pleased lately and hope for a high roll. The roll has to be rolled behind the Judge's shield, because the gods are mysterious bastards. Do you trust them? Fumble and you might be struck down for your hubris in a manner flavorful to that god.

Spells duels: If you intend to stop someone else's spell, you are the defender and the duel is rolled out after all the attacks of the round are resolved.

Lankhmar magic: If you are a white mage and do white magic, the first point of spellburn is free, and the opposite is true for black mages.

The game Judge does not use the tables for DCC, but should make it a priority to read them during down-time to get inspired (particularly the monster crit tables). Read this blog post too.  Also, read odd disapproval tables to get ideas to throw out in a semi-improvised manner. Players should read all crit tables they can get their hands on, but not at the game table.

*In DCC, the DC to save against a spell is the result the wizard rolled, but I'm not gonna do that here. Just use the four DCs above. Only solos and PCs can save.

Email ThisBlogThis!Share to TwitterShare to FacebookShare to Pinterest
Labels: DCCRPG, house rules, I made an RPG

Japan has some messed up and great gaming book covers, Part 1

Yep, it's mostly Cthulhu, because CoC took over Japan at some point.