This is an embed of a revision of my XP for gold DCC rules, which my players quite frankly hate but I stubbornly think add something to the game. Enjoy.

The Chase (an RPG mini-game to keep escaping exciting) 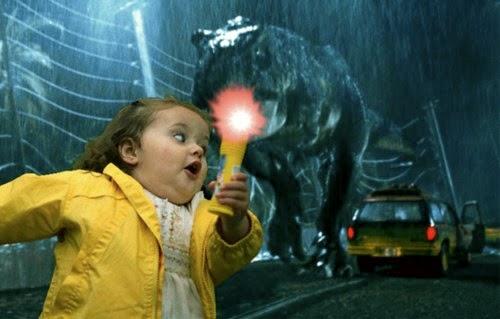 I'm tired of opposed die rolls for chases. What is needed is an event each round for each side. Then they decide how to tackle the event, or roll against its DC. This could be done with a table or cards or whatever (I've provided such a table below). If the escapee get's 5-minus its Dex mod in victory points, it slips away. Each success for the pursuer can can remove a victory point from the escapee, and if they have no more to remove when required, they are caught within either melee or ranged attack distance (pursuer's choice). Escapee rolls first. Escapee can give up running and parley or fight at any time. Escapee may have thief abilities that they can use, but they still need victory points to get away for sure. If they are caught up with, the escapee is too tired/out of options to run any more. They will have to make their stand here. They can't move out of range of the attacker unless a third party interferes.

If there is more than one pursuer and/or escapee, they alternate rolling on the table for their side and deal with it (but normal helping rules for your RPG system can come into play).

Disadvantage is either as 5e (roll two dice and take the less useful one) or DCC (roll a die one step lower on the chain) and applies to all dice you use during your turn.

Example (what the keyword means is ad hoc'ed by the Judge on the fly):

Escapee: rolls cover. A large tree. Dex DC 7 or Wis DC 10 to hide behind. They have crappy Wisdom, so they roll their Dex. It works. They spend this turn hiding and biding their time as the PC runs around. One victory point.

PC rolls obstacle. A slippery, muddt marsh. Dex DC 5 to nimbly walk through without falling or Str DC 10 to jump over. Failure means slipping or falling and having disadvantage during the next round. They don't make their test roll.

Round 2:
Escapee: Rolls obstacle. Thorny hedge. They can try DC 10 to run around it, or DC 10 to jump over it. They opt for Dex again, but fail and remove a victory point. Back down to zero.

PC: Rolls ranged attack opportunity: A clear shot. They can make a ranged attack or a DC 5 Dex roll to use the view to catch up. They chose the former and even with that remaining disadvantage, roll a hit against the opponent. It takes damage, but the pursuit is ongoing if the escapee keeps running. It does.

Round 3:
Escapee rolls trip-up opportunity: A big tree with long branches that can be pulled back and released into a pursuer's face (Str DC5) or simply run over to try and gain more ground. They opt for the former and easily make the roll to slap the pursuer in the face. This nets another victory point for the escapee (back to 1).
And so on.