+Courtney Campbell Reminded me that I was always meaning to do something with +James Maliszewski's idea about the effects of memorizing a spell have on a wiz. So here's my take, using the core spells of DCC. DCC is probably too crazy already though. But still.

All effects evaporate if you forget a spell. Hey look, I included reverse spells that the book only hints at. 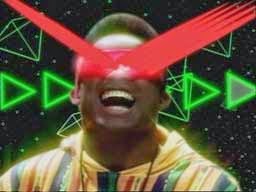