Things that the players might find in a giant's bowels 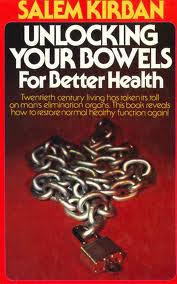 1. A stool.
2. 2d10 people! They were never properly digested and have been living as parasites in a mysterious giant organ. Of course, they have gone quite insane, blind, deaf, and mute.
3. Three sets of armor, imbued with an elemental power that the giant had an affinity for. One of them is cursed, and the other two are haunted by a horrid stench.
4. A gigantic parasite. It is quite sentient and will insult the PCs' impropriety as it thrashes them to death for destroying its gravy train. Suggest it have a crit that sucks a humanoid's head clean off.
5. A trichobezoar that, if arduously cut through for 30 minutes, reveals a core of gold-laced ore.
6. An elemental of a type that the giant would be likely to have an affinity with. The elemental is diamond-hard if that makes sense for its element (ice or earth), very runny if that makes sense (water), spicy if that makes sense (fire), or very smelly if that makes sense (air).
7. A chain of skeletons that all have hands firmly tied together like paper dolls.
8. An odd tube that actually contains some magically shrunken creatures that were operating on the giant from the inside. They will return to normal size at their convenience, and demand compensation for their dead client. They have a shrink-ray-gun.
9. In a gilded cage: an imp that was sent to these forsaken bowels as punishment for offending its boss.
10. Members of a species of goblins that evolved to have a symbiotic relationship with giants. They have trouble breathing without feces smeared on their neck gills.
11. A strange man in vaguely Arabian garb and a turban with red spots on it. He will thank the party, but inform them that the princess is in another giant.
12. A chaos-stone, which is a highly-sought after and valuable item that is only to be found in the urinary tracts of giants, formed over a thousand years. Weighs 1d3 tons.

This post brought to you via a request from +Pearce Shea. Because +Ian Johnson made an odd request anything post.
----
Want to give feedback? Share this on g+ and give me a tag (+claytonian JP) (if you want to keep it private, share with only me).