The Kill It With FIre Math 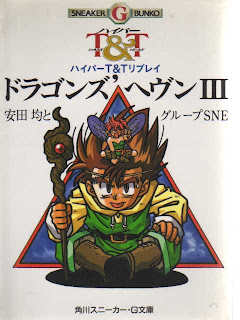 Last post I layed out the rules for the Kill It With Fire game. Though I had been thinking of ideas for a new RPG system for about a week, the actual writing of that post came fast and from the hip, so the rules will inevitably change a bit.

Actually, what I am concerned about with at the moment is math. To hit a target, I wrote that you add 10+current hit dice (which fluxuate throughout the session)+3d6.
3d6 average out to 10 themself, if I remember my Arcana Unearthed 3.5 info correctly. Meaning you may be rolling well over 20 eight times out ten when you attack. Seems a bit high.

Remember, a defense is based off a trait, which is from 1 to 5 +10+ hit dice (not current, but the static number). So ability to hit will get weaker as combats rage on, but defenses will stay the same, barring interesting abilities and effects.


So what I am thinking is of lowing that 10 in attack calculations to 5. But I am not sure how hard it will be to start hitting monsters once they have ten, twenty or thirty hit dice at higher levels of play. The players own hit dice will supposedly make up the difference... it's hard to tell because this is a completely untested game.

I'm sure Kill It With Fire's system can't be completely original. I heard something about Tunnels and Trolls using tons of d6s last night*. I also vaguely recall the Ghostbusters and Star Wars RPGs use d6s. So maybe I should start by looking at how they handle things. I know there are exploding d6s in many games, but in the case of Kill It With Fire, I'm reserving things like exploding d6s and wild dice for certain classes.

*My familiarity with Tunnels and Trolls is primarily limited to a Japanese record of a campaign, which I've not really read yet, found in the book pictured at the top of the post. If you read Japanese, you can find books like this occasionally at Book Off here in Japan or on amazon.jp

It'll produce much the same effect as a "death spiral": poor initial results will get harder and harder to overcome. Don't know if you want that.

Also, the more dice you roll, the stronger the central tendency (the less likely you are to see extreme rolls); at 20 and 30 dice you hardly need to bother rolling...it's almost impossible for the result to differ much from the average.

Thanks for the thoughts!

The hit dice tying directly into attack power? I think I'd like to see how a death spiral feels. It may be an interesting way to keep tension high.

Yeah, since I wrote this I've been thinking I don't actually want hit dice to get that numerous after all. I think player and monster hit dice will end around ten.

T&T was a fun game, but it did require a boatload of d6 as I recall.

The death spiral doesn't always increase tension - it frequently just gives one a sense of futility. In order to feel "heroic" a player must have the belief that he has a chance of an impressive comeback in a tough fight. Making his odds of success increasingly long undermines that belief, I think.

It will take a lot of play-testing to see what feels right, that's for sure. I will try to not get married to any mechanics!

@Joshua wait, I've confused myself. When you wrote "at 20 and 30 dice you hardly need to bother rolling...it's almost impossible for the result to differ much from the average" I forgot my own proposed system The hit dice are not rolled each time you attack. Hit dice are just rolled at the beginning of combat. They go away as a result of damage, but they don't add extra dice into the attack pools, just a number.

If hit points averages out, I'm fine with that. Just wanted to clarify!

@Claytonian - doesn't really matter whether it's rolled once at the beginning or every time; it's just that by the time you're rolling 20 dice, you're going to roll really close to 70 every time. You can look at a graph here: http://www.wolframalpha.com/input/i=binomial+distribution+20+d6 That may not be bad, but it's a lot of work counting up what in the end will amount to something hard to distinguish from 60 + 3d6. 2/3 of all the rolls will fall between 63 and 77, and all but 4% between 56 and 84.

That's fine. The system never really cares about how many hit points one has, just hit dice. What's more, usually only one hit die at a time is affected by damage.

Claytonian, I've put a post up at my blog which covers the mathematics of your system in detail. Check it out, and if you need it I'm happy to send you the underlying spreadsheet.